Me me me meme

And now, the ABC Blogging Challenge week we’ve all been waiting for…
(drum roll please)
M is for
MEME!
(what could be better than ‘me’ times two?!)
Really, though, I think this is going to be a fun one.

If you’re on the internet, at all, ever, and I mean, even for two seconds a month, I guarantee you’ve come across a meme.

Maybe you have and you didn’t know it. Maybe you’re unfamiliar with the word.

A meme (pron.: meem) is a term employed in certain theories of culture to refer to “an idea, behavior or style that spreads from person to person within a culture.”

The word meme is a shortening of mimeme, “imitated thing,” and it was coined by the British evolutionary biologist Richard Dawkins in The Selfish Gene (1976) as a concept for discussion of evolutionary principles in explaining the spread of ideas and cultural phenomena. (from Wikipedia)

What’s interesting to me is that ‘memes’ have become a ‘meme.’

Here are some Maryfied examples of current memes: 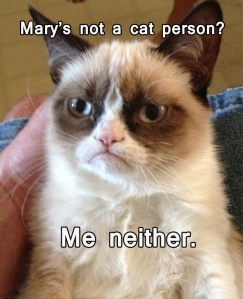 Here are some Mary memes I had nothing to do with!
(I’m just that trendy) 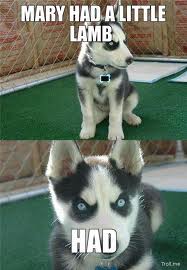 Memes reflect what’s going on in today’s world. They can be political, opinionated, clever, emotional, and of course, humorous. It’s a way for people to not only relate culturally, but also to be their creator. Of course I made mine in Photoshop, but they have websites dedicated to meme-making.
(warning: do NOT click on that link unless you are prepared to lose a LOT of time!)

That’s pretty much it for today’s blog…
I hope you have enjoyed this quick trip through
Memeland.

Parting is such meme sorrow…

Wouldn’t be an accurate meme blog without a meaningful quote…

I am an artist, crafter, designer and writer. I enjoy working with mixed media-- applying visual and tactile manipulations to telling a story. Not a lot of market for that, though, :), so I'm focusing on short story submissions and novel completions. Yes, plural. Lots of beginnings, too many ideas, not enough focus.
View all posts by Mary Fran Says →
This entry was posted in It's all about me and tagged downton abbey, grumpy cat, humor, josiah leming, laugh, Mary, Mary Lamphere, meme. Bookmark the permalink.

1 Response to Me me me meme