The Value of X

Eager to stay true to the In Print ABC Blog Challenge, I didn’t want to cheat and use a word like eXcitement or eXtreme or eXsanguination. I wanted to find a good, solid, and accurate X word.

News flash—there aren’t any.
Referring to the Ulojee blog, I resume my argument that X, although a fun letter, is not necessary.
Let’s see if I’m premature in that judgement….
Here’s a sampling of X words:
x ing – to cross out or mark with an x. Yes, this is considered a word.
x ray star – a star, usually a binary star, that is a strong emitter of x-rays, as Cygnus X-1. Oh, okay, of course, but pass.

Now I’m sure we’re all familiar with words like x ray and x chromosome (and x ing and x ray star), but really—are those x words? Or just words that lay an x in advance? Not even a prefix, no, a lowly letter then space then word. Does x deserve credit for those terms?
I think not.

More “x” words:
xan – short for xanthine
Abbreviations and acronyms? Hello, cheating.
xemacs seems like a cool word, but NO they made it up. Even though you can find it in the computing dictionary (!), it’s not a real thing. It doesn’t count.
Xiang, okay it’s a real word—and a real river in a real place, but really, do we have to resort to proper nouns?

Don’t even get me started on the roman numerals they claim count as x words.
xlvii adjective being seven more than forty
For real? Xlvii, an adjective?  I guess so.
Hey, tell me about your friend Mary.
Well, she’s smart and funny and almost seven more than forty.
Say, how do you spell that?
Why, xlvii, of course.
Oh yeah, everyday descriptive, for sure.

xylo is a fun prefix– a combining form meaning “wood,” used in the formation of compound words
xylocarp – coconuts are this! I like it! Counts.
xylographic – Oooh, my favorite–the art of engraving on wood, or of printing from such engravings. 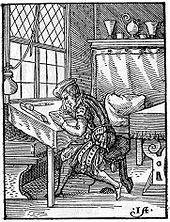 xylophone – The one true x word we all know, a musical instrument consisting of a graduated series of wooden bars, usually sounded by striking with small wooden hammers. (Must be wooden blocks to be a true xylophone! We know this because we just learned that xylo is wood!)

xylotomy – the preparation of transverse, tangential, or radial sections of wood for examination under a microscope.
I would prefer that it meant the removal of wood from a blockhead! HA

xyst noun
1. (in ancient Greek and Roman architecture) a covered portico, as a promenade.
2. (in an ancient Roman villa) a garden walk planted with trees.

xystis is the plural of xyst because everyone needs more than one covered portico!

An x blog wouldn’t be complete without xyzzy, x slang! [from the ADVENT game] The canonical `magic word’.
What the hell, if you’re going to make up a word, you might as well pack in as many end letters as you can.

How about the history of X as subject for this blog? X is an unknown. They’re called x-rays because it’s discoverer did not understand their nature. X’s place in mathematics and scientific studies have confounded students for years. Not to mention the great unknown of the X Files world! X is the rating for media deemed inappropriate for minors. Triple X is actually a competitive rating that means my media is more inappropriate than your media. X is the legal mark made by those who are unable to sign their name. X marks the spot on a treasure map and it replaces the eyes of dead cartoon characters. American History X was this awesome movie that I own and yet have never watched. It’s on VHS, so well, there you go. X matched with O means hugs and kisses (actually kisses and hugs, I believe). And of course there’s Generation X, which totally rocks and shall rule the world any minute now. Oh wait, I think we already do… watching Defiance on syfy (sci fi!) and they played a Yaz tune! It was like a secret message of domination from one Gen Xer to another… or just me.
Okay, so I guess x can be cool. And it can stay in my alphabet.

I’m thinking that next week, Y is for Yaz.

I am an artist, crafter, designer and writer. I enjoy working with mixed media-- applying visual and tactile manipulations to telling a story. Not a lot of market for that, though, :), so I'm focusing on short story submissions and novel completions. Yes, plural. Lots of beginnings, too many ideas, not enough focus.
View all posts by Mary Fran Says →
This entry was posted in WORD PLAY!, Writing and tagged coconuts, Gen X, Mary Lamphere, roman numerals, woodcut, x blog, x ing, x ray, xiang, xylocarp, xylographic, xylophone, xylotomy, Yaz. Bookmark the permalink.