Babies!
Kidding, they bring May Showers! Baby Showers that is.
Last year I was busy with Bridal Showers, this year it’s Baby Showers.
If you’ll recall, weddings were a challenge for me…

I have a much better attitude about baby showers because they’re basically an early baby birthday party and I love BIRTHDAYS! Babies aren’t so bad either.

I have to thank Pinterest for the general shower evolution. Showers of old used to be dry formal affairs with extended family and your parents’ friends, punch and crustless finger sandwiches with crusty edges, nuts and mints, streamers and lame games.

But now, holy moly, now showers are a party!

Sure, they still cost a gift for admission, but the menu rocks– “party” food is fun and pretty and tastes delicious. There’re themes other than “Baby” and decorations no longer just dress up a mantle, they have become part of the celebration. 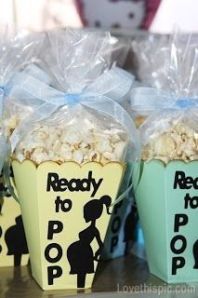 Games have evolved, too. There are so many ideas out there– silly games, embarrassing games, challenging games, get to know each other games, pay attention games, and possibly my favorite, crafty games. 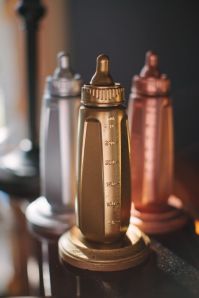 My daughter is due with my first grandbaby, a boy named Benjamin, at the end of June. Most of us know how inaccurate “due” dates can be, especially for first babies, he’s due June 25, but that’s so far away… even a week early would be good. For me. (And the parents, both teachers expected back to work mid-August.)

She had her first awesome shower complete with great food and interactive decorations this past weekend. She has more in May. But mine will be in the fall. And the best thing my shower will have to offer, can’t credit Pinterest with this, is Benjamin! (All the credit goes to Nicole and Zach!)

I think hostesses now-a-days enjoy their options. Instead of Great Aunt Agnes holding a shower because it’s tradition, young Cousin Ashley wants to throw it because it’s an excuse to try out cute and clever party suggestions. I’m telling you, credit Pinterest (blame Pinterest?), but showers have come a long way, pardon my pun, Baby.

I am an artist, crafter, designer and writer. I enjoy working with mixed media-- applying visual and tactile manipulations to telling a story. Not a lot of market for that, though, :), so I'm focusing on short story submissions and novel completions. Yes, plural. Lots of beginnings, too many ideas, not enough focus.
View all posts by Mary Fran Says →
This entry was posted in Holidaze and tagged Baby Shower Decorations, Baby Shower Games, Benjamin, Mary Lamphere, Pinterest. Bookmark the permalink.